NASA’s Mars 2020 Rover is taking off in July/August 2020 for a seven-month journey to the mysterious Red Planet. It is planned to touch down in February 2021.

Among other things, we expect to hear the friction of the atmosphere, Martian winds and the sounds of dust displaced as the Rover touches down.

Hear the sound of Martian wind

Until recently, no one had ever heard anything from within the Martian atmosphere. In fact, the first sounds were only heard on December 1, 2018. A highly-sensitive seismometer on board NASA’s InSight Mars Lander recorded vibrations caused by Martian wind. In addition, the vehicle’s air pressure sensor also recorded the sound of wind. The sounds were picked up by instruments made for other purposes than sound thus the recordings are analogies to what you could expect to hear.

To gain some further insights into the Martian soundscape, the Mars 2020 Rover will be outfitted with audio equipment from DPA Microphones. Just imagine the range of sounds that a dedicated microphone could record during the trip – leaving outer space, entering the atmosphere and, eventually, on the planet’s surface. 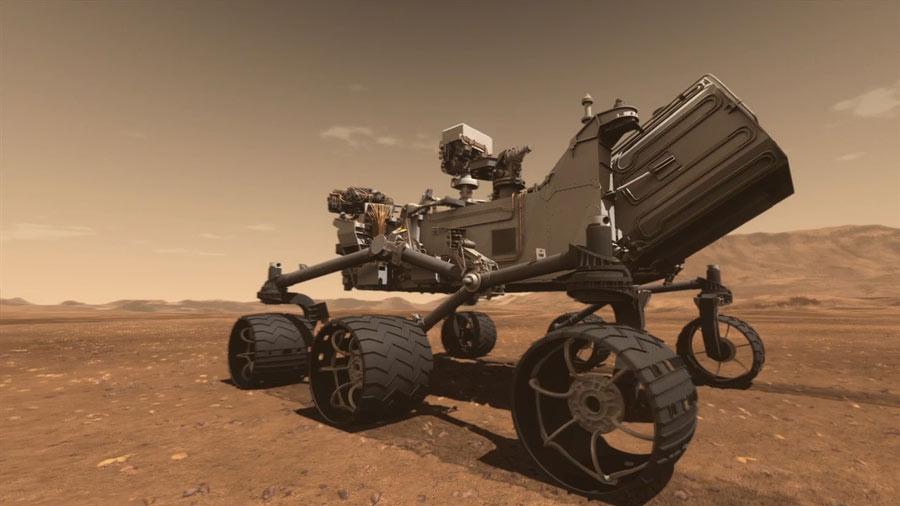 What DPA equipment is making the trip?

For this partnership, NASA has strenuously tested a variety of mics and chosen a selection of equipment from DPA. d:dicate™ 4006 Omnidirectional Microphones will be the Rover’s “ears”; attached to the vehicle and paired with MMP-G Modular Active Cables, which will act as ultra-transparent preamplifiers. Inside the body of the vehicle, acting as the auditory part of the “brain”, will be a MMA-A Digital Audio Interface. The MMA-A’s job is to digitalize the audio in the highest quality and send it to a computer in the Rover through a USB connection.

The trip to Mars is not a simple walk in the park. It will subject the Rover to extreme temperatures (as low as -100°C/ -148°F), wildly varying travel pressure and intense vibrations. To ensure that the equipment lands on Mars in good working order, the spacecraft design team has created a specialized enclosure to mount the MMA-A interface inside the rover chassis. In addition, NASA’s Jet Propulsion Laboratory (JPL) and the DPA R&D team worked together to create a custom MMP-G amplifier housing to bolt onto the exterior of the Rover.

Besides the customized amplifier housing, no major changes were made to the equipment once it left the DPA factory. The mic you know and love, the one that captures your favorite orchestra arrangement or records ambient sound for your favorite TV series is the same as the one that will take the long trip to Mars. 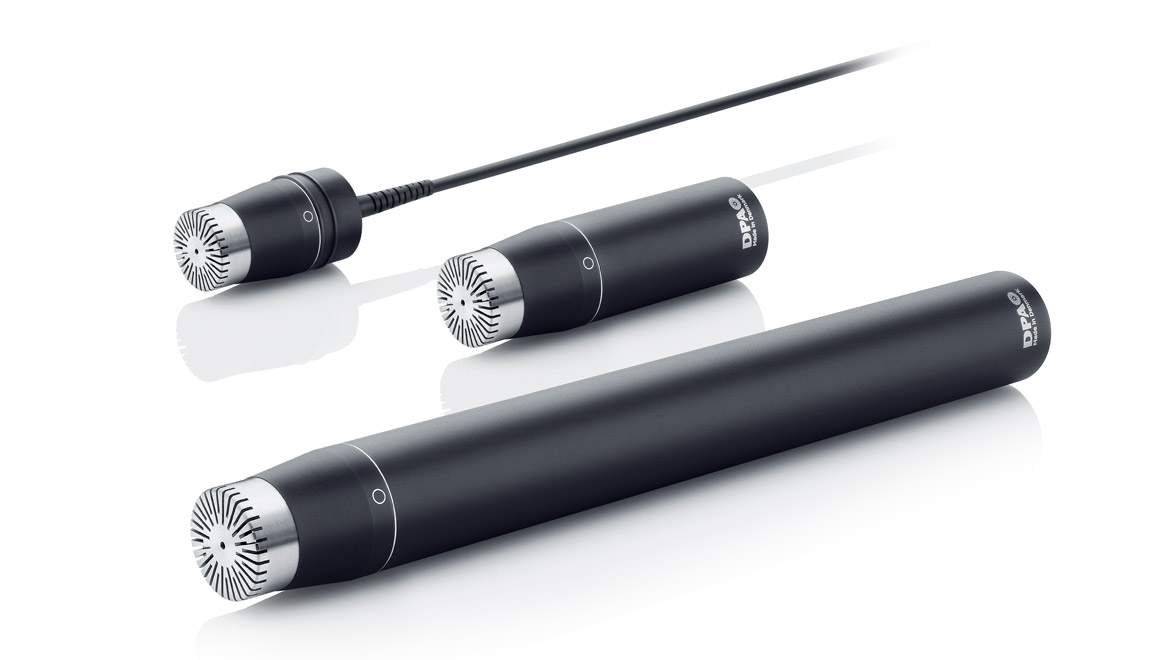 This highly sought after mic has forged its enviable reputation over the past quarter of a century by repeatedly exhibiting its total transparency in any recording situation. It picks up incredible detail and depth of sound 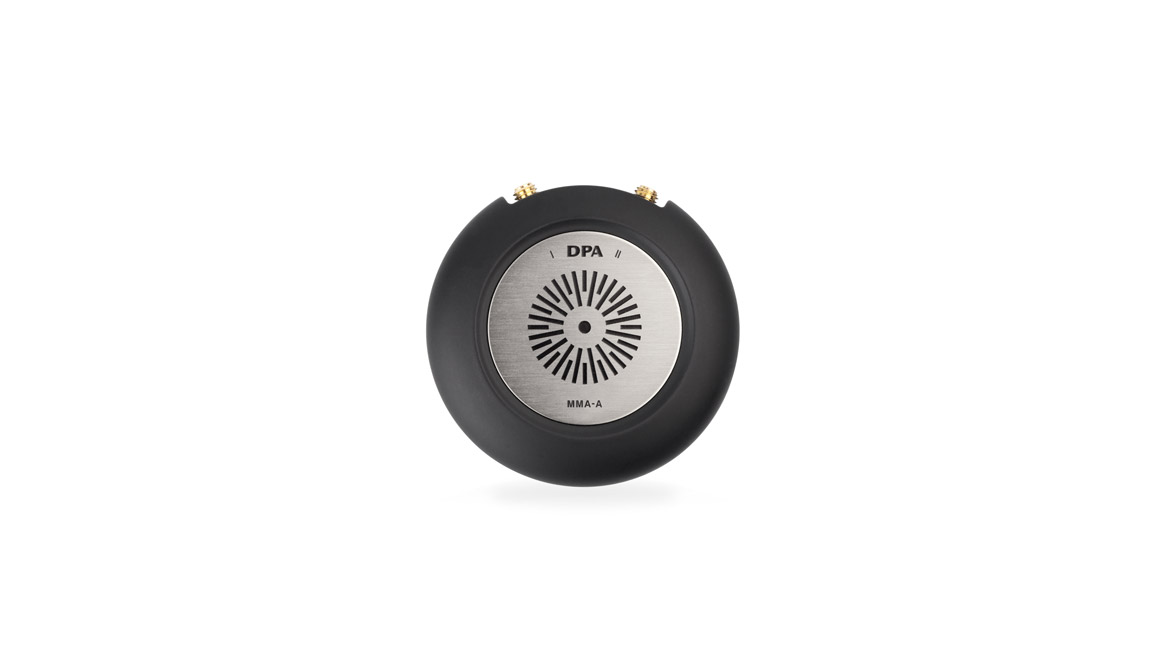 What will the mics be used for?

One of the riskiest parts of the mission, entry, descent and landing (EDL) tracks the Mars 2020 Rover from the time it enters the atmosphere until touchdown in the Martian dust. No one has ever seen or heard a parachute opening in the Martian atmosphere, the rover being lowered down to the surface of Mars on a tether from its descent stage, the bridle between the two being cut or the descent stage flying away after the Rover lands!

The DPA microphones’ mission is to capture these sounds for NASA. Not only will this allow project engineers and scientists to hear the fascinating sounds of the Rover descending, the curious public will be able to follow along as well.

What will we hear?

Well, no one knows for sure – it’s all educated guesswork. We have asked our resident audio expert, Eddy Bøgh Brixen, what he expects to hear during the mission. Although he is clear that this is all a guessing game, take a look at the video/infographic below to see what his expectations are.

This trip to Mars is not the first time DPA has worked directly with NASA to capture the most accurate and transparent sound during their missions. Because of their durability and ability to capture extremely high sound pressure levels (like the liftoff of a space shuttle), DPA has been chosen by NASA  a few times, the first time over 50 years ago.

The first collaboration took place close to 50 years ago. Apollo 13 was sent into space in April 1970 and B&K measurement mics (the predecessor of current DPA microphones) were used to record the sound of liftoff. The capsule used was called the B&K 4133, which is the father of DPA’s d:dicate™ 4004/4007.

Listen to the sound of Apollo 13’s liftoff captured via B&K microphones.

Mission STS-63 to launch Space Shuttle Discovery into space (with the first female shuttle pilot) in February 1995 was also recorded with DPA microphones. These mics were the same type as used during the Apollo 13 mission.

Recording Shuttle launches present some extraordinary technical difficulties, not least because sound pressure levels can reach 170 dB. In addition, the microphones used must be able to survive the blast, which is an extremely violent affair. At the moment of lift off, there is intense heat and flames as well as chemicals sprayed all over the launch pad.

One mic was set just 500 feet away from the launch pad, where it handled 170 dB without distortion. Another was set 1400 feet away and subjected to 146 dB. A mile away, a third mic recorded 125 dB of SPL. The sounds recorded from these mics were subsequently used by a number of broadcast networks, including ABC, NBC and CNN.