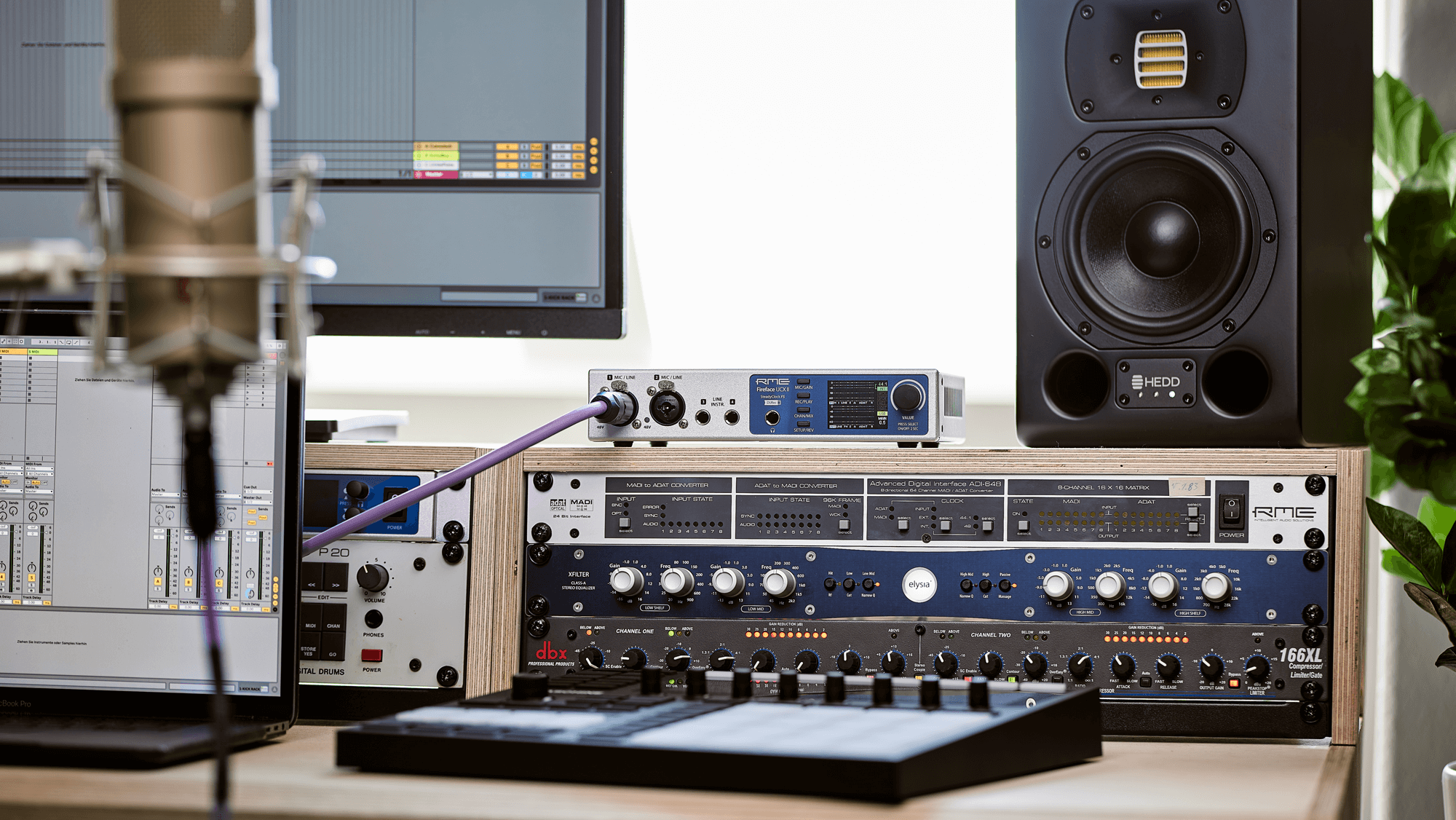 The Fireface UCX II houses two mic/line preamps in XLR combo configuration on the front panel, along with two digitally controlled line/instrument inputs, followed by a headphone jack, various control buttons, a display, and the main volume knob. At the rear is a set of 10 analog balanced line inputs and outputs, MIDI I/O, ADAT I/O, AES/EBU and SPDIF I/O, USB 2.0 as well as a switchable word clock I/O.

The onboard digital DURec (Direct USB Recording) functionality allows any input or output of the Fireface UCX II to be recorded directly to a USB storage device. This means DURec uses the integrated DSP which provides stand-alone operation without the need for a computer. The fields of potential applications include stand-alone field recordings, live and rehearsal recordings, or playback of live recordings for virtual soundchecks.

SteadyClock FS on the unit is the latest clock and jitter rejection technology from RME. Based on a femtosecond clock, SteadyClock FS reportedly reduces jitter when converting from and to analog over digital formats.

The unit also comes with the TotalMix FX DSP mixer offering routing and monitoring options, as well as the DIGICheck analyzer allowing it to measure and analyze the digital data feed in both directions.