Not in Stock, Pre-order Only 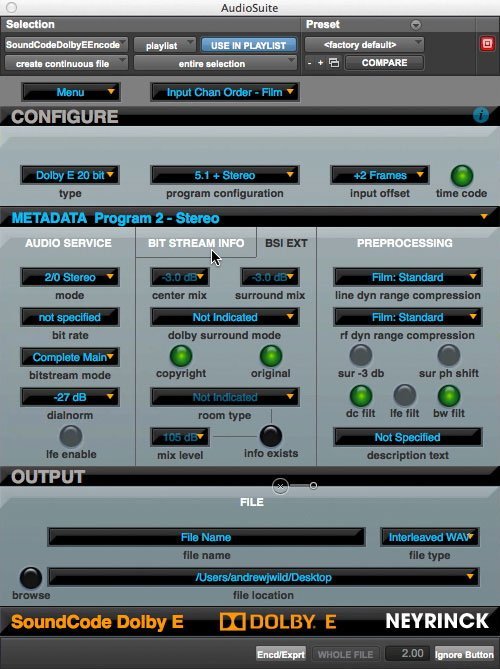 The SoundCode for Dolby E Encoder for Mac or PC, includes a standalone application, an Audio Suite Pro Tools and Media Composer plug-in and a Final Cut Pro plug-in.

There are several encode options, including encode from film and SMPTE track order, 1 or 2 frame input offset, Dolby E 16-bit, 20-bit and PCM, together with standard Dolby E metadata settings. Encode up to 8 tracks with over 20 different Dolby E program configurations including 5.1 + Stereo, and LCRS + Stereo.

The encode process is faster than real-time and includes tape and file based workflows.

N-Mon is a Core Audio application that comes bundled with SoundCode for Dolby E Encoder.

It connects the audio output of an application such as Final Cut Pro to the Core Audio computer audio output and includes a decoding window to allow real time monitoring of Dolby E playback from Final Cut Pro. 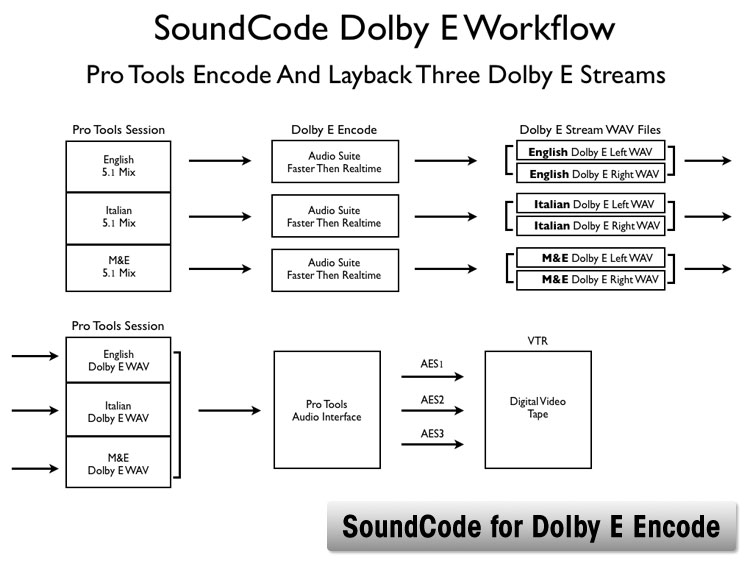